Hi All! Today I thought I’d introduce everyone to the main character of my new academic suspense series. But first, if you haven’t already picked up a free Advance Review Copy of Campus Confidential, the first book in the series, you can get get it and dozens of other free thriller and suspense books in the Mystery and Suspense Giveaway, which will be running until January 31.

I’ll be doing character sketches of all my recurring characters in the series, and today I’m starting with Rowena Halley, PhD, the main viewpoint character. So without further ado, here you go:

Born 1980. Grew up largely in Georgia, where she spent much of her childhood in a commune loosely modeled off The Farm in Tennessee. Her parents met while serving together in the Peace Corps and are unrepentant hippies, although they did go mainstream enough to get advanced degrees; Rowena’s mother is a medical doctor and her father is a social worker. Both of them work in a non-profit addiction clinic in Atlanta at the opening of the series, although they later go off to do a stint with Doctors Without Borders.

Rowena is “Black Irish,” meaning she has dark hair and light eyes. In Campus Confidential she mentions a couple of times that people thinks she looks vaguely like Elizabeth Taylor, only taller and with a yoga body. In my mind she looks a bit like the actress Tara Breathnach:

Rowena’s dark hair and light eyes, combined with her exotic-to-Russian-ears name of Halley (“Khalli”), frequently cause her Russian-speaking acquaintances to assume that she is Pashtun. This causes a number of amusing interchanges.

Rowena’s first name is from Ivanhoe and her middle name is from The Lord of the Rings, in keeping with her parents’ 1970s hippie ethos. Her last name is my nod to Dick Francis’s recurring character Sid Halley, which is also the inspiration for my own pen name.

Rowena graduated from the University of Georgia in 2002 with a BA in Russian. She then spent 2002-2008 working for a human rights NGO in Moscow, where she acted as an election observer and gathered the stories of refugees and victims of political repression, particularly those affected by the Second Chechen War. During this time she met and became engaged to opposition journalist Dmitry Vladimirovich Kuznetsov, AKA Dima.

In 2008 Rowena, with the encouragement of Dima’s mother Galina Ivanovna, enrolled in a PhD program in Russian literature at Indiana University. The plan was for her to have steady long-term employment that would ideally allow Dima and Galina Ivanovna to join her in the US. Instead, the engagement was called off by Dima in January 2014.

Rowena defended her dissertation and graduated in Spring 2014. The first book in the series, Campus Confidential, begins in Fall 2014.

Since I seriously considered writing my own dissertation on Tsvetaeva, this gave me a nice opportunity to engage in a little more Tsvetaeva research. It also provides a connection between Rowena and Russian journalist Anna Politkovskaya 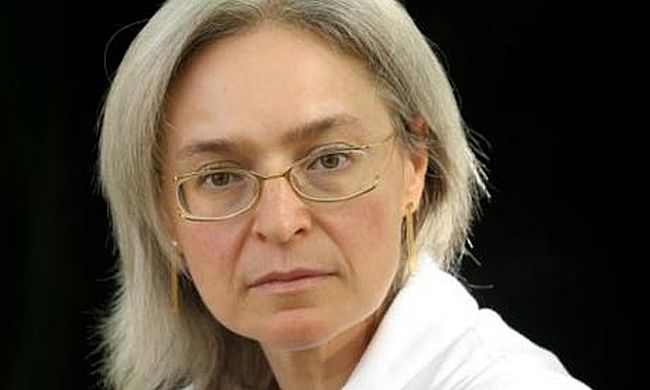 (assassinated October 2006), who wrote her thesis on Tsvetaeva; opposition journalists are a major theme in the series and Politkovskaya gets name-dropped from time to time.

Tsvetaeva’s “Magdalene” cycle plays a significant role in the series (translations to come, I hope). Rowena’s association with it is one of the things that mark her as a Sacred Prostitute. The theme of prostitution comes up repeatedly in the books, with Rowena contemplating it as a career and comparing what she does now to prostitution. Rowena is associated both with Mary Magdalene and with other Sacred Prostitutes in Russian literature, notably Dostoevsky’s Sonya Marmemaledova from Crime and Punishment and Liza from Notes from Underground. Dostoevsky’s The Idiot is also a recurring theme, so there may be a hint of the wronged Nastasya Filippovna from that book as well.

Fun fact: Rowena’s repeated thoughts of taking up stripping and prostitution are based on my own real-life experiences! Several of my childhood friends became strippers, and, like Rowena, I have a long-running semi-joke with some of my colleagues about taking up stripping as being more lucrative and dignified than academia.

So now you’ve met Rowena! And once again, that link to the giveaway is here.

View all posts by elenapedigo