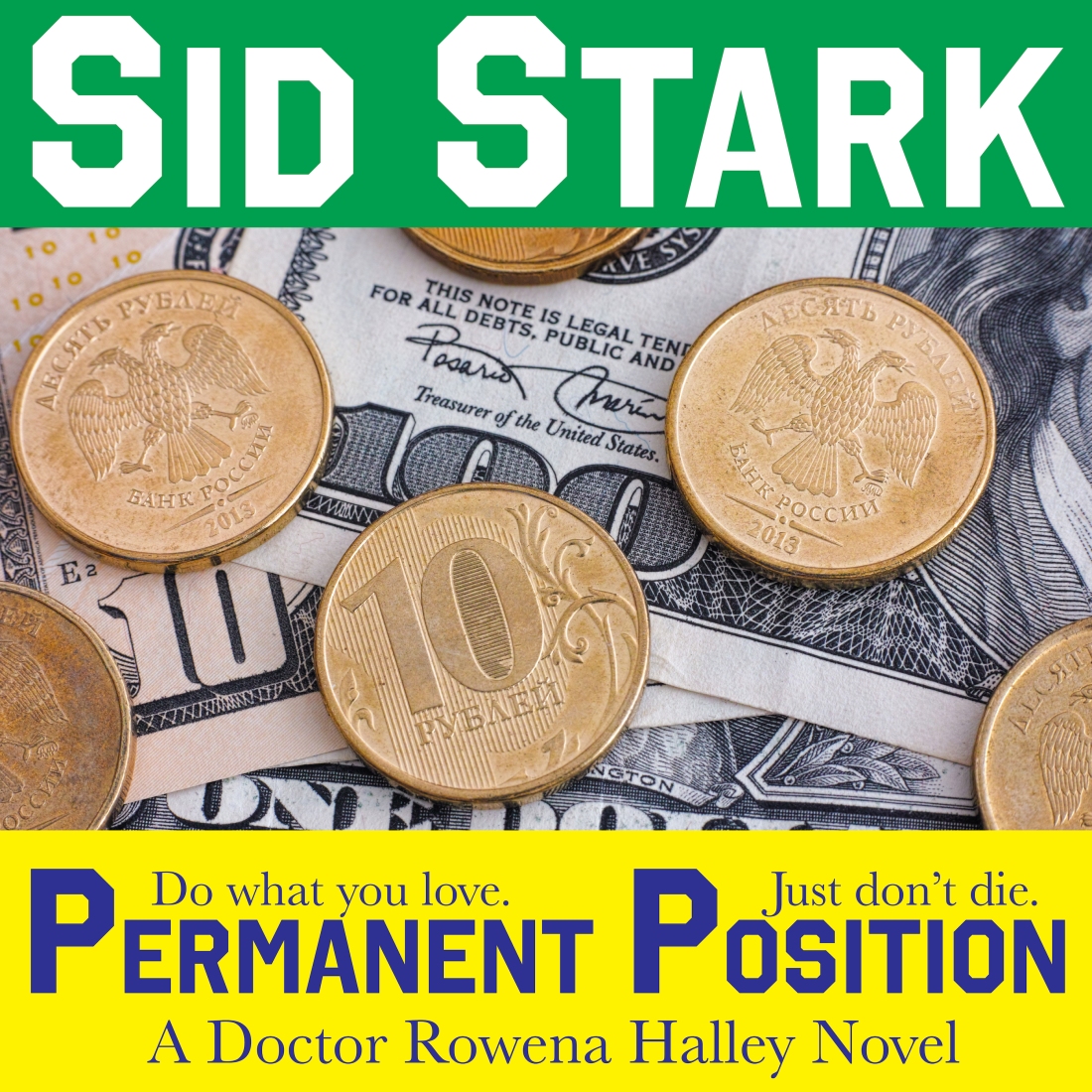 Well, it’s finally autumn here. Of course, because of my mold/chemical sensitivity issues, being able to actually heat my house is turning into a bit of a challenge. Hopefully by the next time you hear from me, my house will be toasty warm, but at the moment I’m reminding myself that a bit of chill builds character.

But enough about that! I’ve got plenty of other, more exciting news.

First of all, a HUGE thanks to everyone to downloaded, shared, reviewed, or otherwise participated in the launch of the ebook of Permanent Position. It was a massive success, peaking at something like #32 in the overall free store on Amazon.com (not that I was obsessively checking or anything). So thanks once again! And, of course, if you feel moved to leave a review, it would be massively appreciated. The book’s universal Amazon link is here.

The next bit of exciting news is that the audiobook of Permanent Position is now available on all sellers EXCEPT, apparently, Amazon, which they say takes a month or more to happen. And in celebration of this foray into audio, I’m currently giving away links to free review copies. If you’d like one, reply to this post or send me an email at sidstarkauthor@gmail.com, and I’ll send you your very own personalized code to get a free copy of the book.

I had to do a crash course on Arabic and Persian accents as part of the recording of Permanent Position.

Oh, and speaking of audio, I’ve started posting podcast episodes of Summer Session. They’ll be up for a few weeks and then I’ll take them down when I release the audiobook version. In the meantime, you can start listening to it on SoundCloud, iTunes, Stitcher, or TuneIn.

I had to learn a tiny bit of Arabic to do the audio for Summer Session. Apparently my Arabic has a heavy Russian accent.

The official release for Summer Session will be coming soon, so stay tuned!

And here’s this week’s selection of giveaways 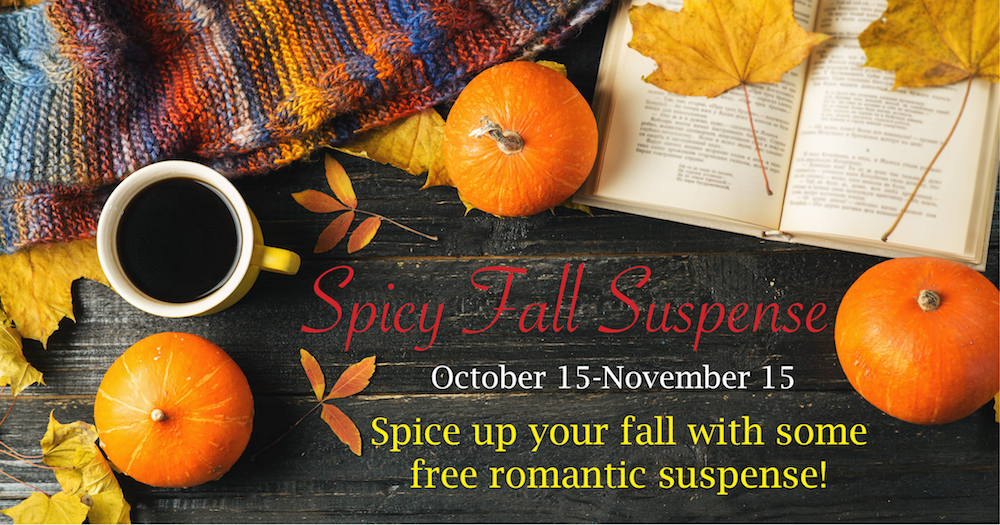 Want to spice up your fall? Check out the Spicy Fall Suspense Giveaway!

Want just a little bit of romance, but not too much? Check out the Love in the Strangest Places Giveaway!

Have a Kindle that’s feeling empty and bereft? Go hit up the International Women of Mystery book event on Amazon!

Looking to put your KU membership to good use? Come visit the Mystery & Suspense on KU book event!

I hope everyone is enjoying the hot weather! Unless you’re Down Under, in which case I hope you’re enjoying the cold weather. I’ve always wanted to go Down Under and spend a while visiting Australia and New Zealand. Maybe someday I’ll get that chance. Maybe as part of the round-the-world trip by boat I keep fantasizing about. Crossing the oceans by boat would be a way of circumnavigating the globe while significantly reducing the carbon footprint of doing so, plus I’ve developed a significant aversion to flying in the past decade or so. It recently occurred to me that maybe it has something to do with the fact that planes are full of chemicals (I have multiple chemical sensitivity) and probably also mold (because they’re carpeted). Not sure if boats would be much better, but…

Wait, what does this have to do with writing? Nothing, so let’s move on.

As you know if you’ve been following along with these posts (and if you’re new here, then welcome!), I’v been podcasting my stories from the Doctor Rowena Halley series.

Listen to the latest episode on iTunes here.

The plan is eventually to make audiobooks out of them. The podcast has been a good, if occasionally frustrating, way to figure out the technical aspects and try out different narration techniques.

One iteration of my home recording studio, shortly before it collapsed, terrifying my Chihuahua and nearly taking out my computer–hence the “accidents” in the post title.

At the moment, I’m trying to rest up my voice after accidentally messing up my throat yesterday by trying to do voices for the male characters. I always found it annoying when narrators did silly (in my opinion) voices for the different characters, with their parodic accents and (shudder!) that horrid high-pitched, breathy sound when male narrators affect a female voice. As I say in Campus Confidential, that sound pretty much always marks the person being imitated as an idiot.

But, I discovered, it is very helpful to do something to mark the different characters as different while narrating dialogue. Doing the Russian characters was no problem: one thing I certainly do know how to do is a Russian accent, although it’s rather better in Russian than in English.

Things got more complicated when I started narrating other characters. The one that’s given me the most trouble so far is Rowena’s brother John. Obviously he should have some kind of a markedly masculine voice. And a bit of a Southern accent.

Well, I thought, I should be able to do a Southern accent. After all, I am from the South. Once upon a time I even had an accent, before I, like Rowena, suppressed it ruthlessly. Now it’s firmly repressed, and my regular accent is standard educated American, with a side of English (I used to live in England). My regular speaking voice has become quite posh, as I discovered with surprise when I started listening to recordings of myself.

But, lurking under all that, there is, it turns out, a Southern accent, one that was more than ready to come out once I had coaxed it to the surface. Now I’m finding it bursting forth at unexpected moments. Once I’m done narrating Permanent Position

If you haven’t yet picked up a free Advance Review Copy of Permanent Position, you can snag one in the Fierce Feminist Fiction book giveaway on Bookfunnel.

I’m going to have to go back to suppressing it ruthlessly.

Unfortunately, my native Southern accent is from Western Kentucky. So while John should have a Georgia drawl, what keeps coming out is more of a Midsouth twang. But whatever. At least it is a more or less authentic Southern accent, which is more than I can say about a lot of the “Southern” accents you hear on TV. But don’t get me started on that…

Next stop: Arabic and Persian accents! Now that will be a challenge!

You can listen to the podcast (with some but not all of the glorious accents I plan to deploy for the actual audiobooks) on iTunes, SoundCloud, Stitcher, and TuneIn.

And here’s this week’s selection of book giveaways!

Get your rebel on and tickle your funny bone with the Politically Incorrect Satire giveaway!

Celebrate the heat with the Sizzling Summer Suspense Stories giveaway!

Hi All! Hope you’re having a fabulous Midsummer.

I’m hoping I’m having a fabulous Midsummer too, especially since it’s my birthday, but I’m now starting to worry that I might have picked up a cold during my visit to the doctor yesterday. That could be either really bad news (because it could plunge me into a major crash), or really good news (there’s a school of thought that says that getting a cold is a sign of your immune system returning to normal after the ravages of Lyme disease). Only time will tell.

Meanwhile, I’ve been pressing on with the podcast. In fact, I’ve finished podcasting Campus Confidential, and started Permanent Position. So if you want to listen to me narrating my own books (with accompanying bird tweets–they make a tremendous racket around my house, and I’m not always successful at editing them out), you can do so on SoundCloud, iTunes, Stitcher, and TuneIn.

And if you haven’t downloaded an ARC of Permanent Position yet, you can do so in the Fabulous, Feisty & Female Book Giveaway, going on now on StoryOrigin.

It’s the last weekend to check out the Mystery Shorts Giveaway! 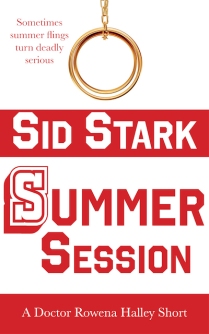 And last but not least, you can pick up an ARC of my novella “Summer Session,” plus lots of other family-themed stories, in the It’s a Family Affair Giveaway.

Welcome to June, and what a damp June it is so far! At least here.

So, I have been a very busy girl recently. As a result, I am pleased to announce that, ready or not, here come free ARCs of “Summer Session,” the next installment in the Doctor Rowena Halley series. It’s a 30,000-word novella that takes place over the course of the first weekend in June, so now seems like the perfect time to start distributing it to advance readers.

If the breathless pace of my releases is leaving you gasping, never fear: it will probably be many months before Trigger Warning, Book 3 in the series, is ready to come out. I think I currently have about 4,000 words of the first draft, which is better than no words, but a long way from done.

“Summer Session” was something I’d had in mind for a long time, and was a ton of fun to write. It’s set in Bloomington, Indiana, at the Summer Language Workshop, where I, like Rowena, used to teach. So as with all of the works in the series, it’s full of real-life experiences. The housing that the characters live in is mashups of places I have lived, and all the restaurants and cafes are places I used to go out to eat. And while the actual mystery in the story is fictional, the other cases of disappearing or murdered students that are mentioned in the story are real.

Another piece of personal backstory is the connection to what Rowena calls “the alternative South” in the story. I, like her, grew up in this other South, the one populated by both liberal hippies (like my and Rowena’s family), Mennonites and the Amish, and hardcore evangelicals. It’s a side of the South that a lot of people don’t seem to know about, or don’t really know or understand. Or at least, the part they perhaps don’t understand about it is how it’s a very heterogenous group, composed of people with wildly varying political and religious beliefs, who are united only by their desire to step out of the mainstream. Which means that the hardcore liberals (like me) are coexisting cheek-by-jowl with the hardcore conservative Christians, like many of my childhood friends.

While there’s not a lot we can agree on in many spheres, and I have never come over to their way of thinking, this does mean that we’ve had to learn to see each other as people. Furthermore, since we were all outside of the mainstream, we all saw alternatives to the regular American culture that most Americans take for granted. We were in a certain way foreigners in our native land.

Maybe that doesn’t sound attractive to many people, but the benefits of seeing things from the outside, of being a foreigner, are tremendous. Once you do that, you will appreciate the good things of your own culture all the more–and be all the more committed to improving the bad.

In other news, I’m still going strong with my podcast! I’m recording audio versions of my stories as free podcast episodes, and I’ve done “Foreign Exchange” and am most of the way through Campus Confidential. You can take a listen on SoundCloud, iTunes, Stitcher, and TuneIn.

And here is this week’s selection of giveaways!

Get shivers up your spine with the Psychological Thriller Summer Book Bonanza!

Fight the bad guys with the June Crime Fighters Promo!